On Saturday, April 23rd 2022 in Southern California, it was a perfect day for sailing.

The wind picked up around noon, and maintained between 7-12 Kts, according to Predict Wind ®, my favorite wind monitoring iPhone App.

A friend and I left Long Beach, Alamitos Bay in the morning, and we motored out of the harbor and headed for Newport Beach where I’d rented a slip for the night.  The plan was to stay the night, and then I’d sail back to Long Beach the next day by myself.

I was “testing” the Newport system on our Hunter 33. Testing is in quotes, because it was more simply using the system than actually testing. The software in our EVMS (Electric Vessel Monitoring System) had several new features, and I was in-fact testing out some of them for the first time on the water, but the core of the system, the motor and battery setup, was really just getting used as it was designed to be used.

One of the new features on the EVMS is the ability to open log files from past trips, and show the boat’s path on a map, with the color of the path drawn as a function of the power used at that location. This is something that I’ve been wanting to add for some time, and I’m glad we have a basic implementation of it working now.

For example, here is a screenshot of the EVMS “Trip Log” page, showing a map for the return from Newport to Long Beach on April 24th. 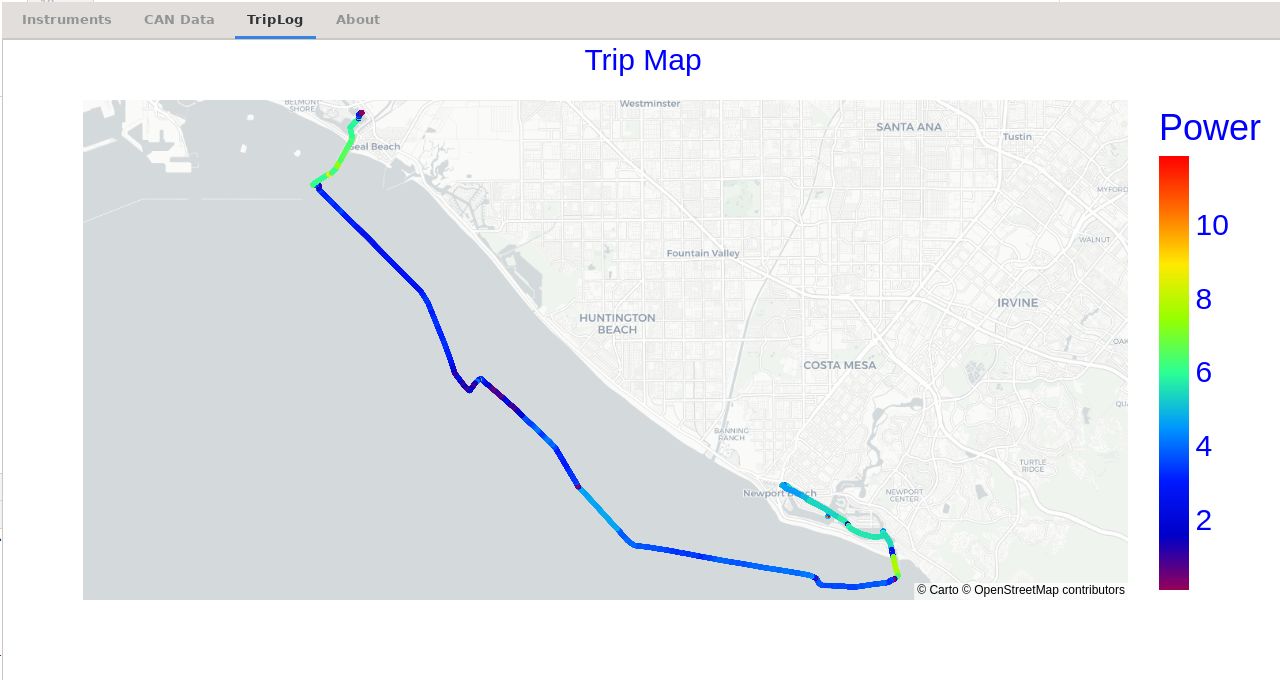 You can see from the colors, that I was using the motor while in the Newport harbor, and getting out to sea.  Then sailed, or motor-sailed for most of the way back to Long Beach.   There were a few places where I used the motor more than others.  I had plenty of battery power and the wind was light in the morning, so I had the motor assist so the speed of the boat was around 4.5 knots.  Later, the wind picked up and I sailed until getting close to my home port.  Then, I turned the boat into the wind, set the auto-pilot to keep a heading into the wind, and set the propeller speed to about 400 RPMs, so I’d maintain that heading while dropping the sails.  Once they were down, I motored back into the marina and tied up in my home slip.

Likewise, here is a similar plot of a short day sail around Alamitos Bay in Long Beach, a week prior. 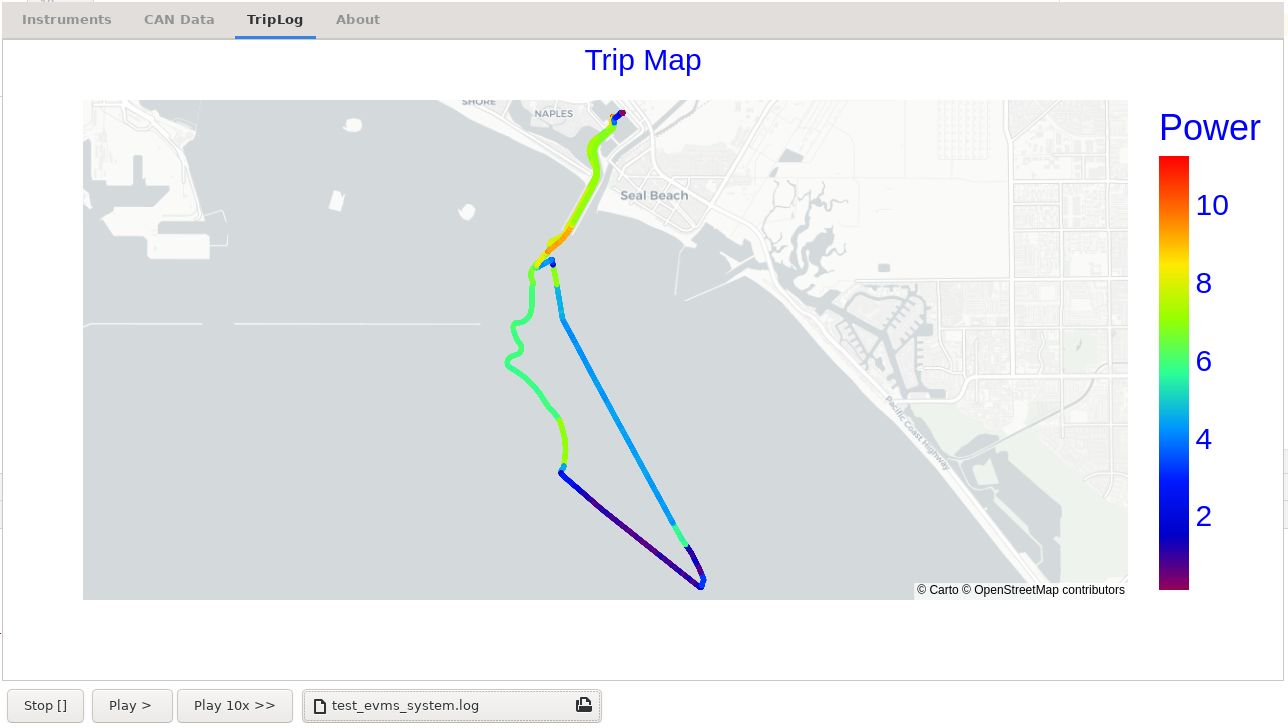 One other thing I very happy about is that our EVMS software now supports software updates over the air. Whenever the EVMS has access to WiFi (including a hot-spot), it can reach out to the NewportElectricBoats.com server, and check for a new software release. If one is available, it will pull it down, install it, and reboot the system (upon user approval). Once that process is done, the new software comes up and the boat is now setup with the latest and greatest software.

Our plan is to allow anyone who has purchased a Newport system, to have free software updates forever. We’re working on many new features for the system, and as we roll them out, we want everyone to use them, and enjoy the benefits of being in the Newport Electric Sailboat family.