We recently added Solar Panels to the NEB Hunter 33 Showboat and Test Vessel, along with a Starlink internet receiver, and a new set of SLA house batteries. WOW, now we’re Sailing Electric in style!

After making these upgrades, we took the boat out for a three day, two night trip to Avalon, the largest town on Catalina Island.  As we left from Long Beach CA, we made our way to Catalina with a combination of motoring and sailing.  The winds picked up considerably in the afternoon, and we made the trip in about 6 1/2 hours.

Two 400 Watt solar panels were added to the roof/arch above the Bimini, which keeps the house batteries fully charged, (when not diverting it to the propulsion system).  The solar panels use a BSC8048 solar controller, and are tied into a bank SLA batteries.  We’re using four of these as house batteries, which are Renogy 200 Ah 12V SLA deep cycle, and work very well for keeping everything on board running.  We have a Renogy 2000W Pure Sine Wave Inverter, which converts the 12V DC to 110VAC 60Hz for things like the TV, and the Starlink satellite receiver.

The boat is configured so that the 12V batteries can be separated or combined into various banks, but in practice, we keep three “tied together” using marine circuit breakers, and one of them set aside as a backup/spare.  All four can be charged by either the solar system, or shore power, with a simple flip of a switch.

The Starlink Satellite receiver is nothing short of amazing.  It was a game changer for evenings on the boat, after dinner on the island we could return to the boat and stream Netflix and other media, as well as work online with landline-like internet speeds.  It is amazing, impressive, and I’m very grateful and happy to have been able to add the service to the boat.

Our Hunter 33 sailboat, which was converted to electric propulsion in August of 2021, has truly delivered on the goal of demonstrating the advantages and practicality of a fully electric sailing experience, for weekend cruising to Catalina or other Channel Islands, as well as day-sailing and harbor sailing, in and between various Southern California destinations. 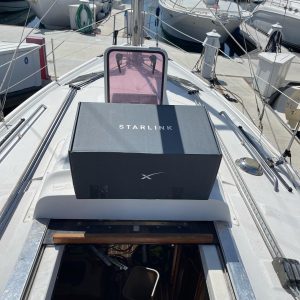 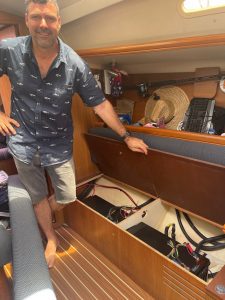 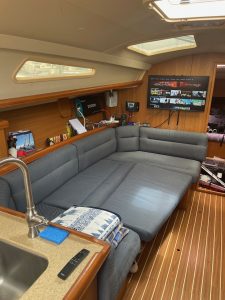 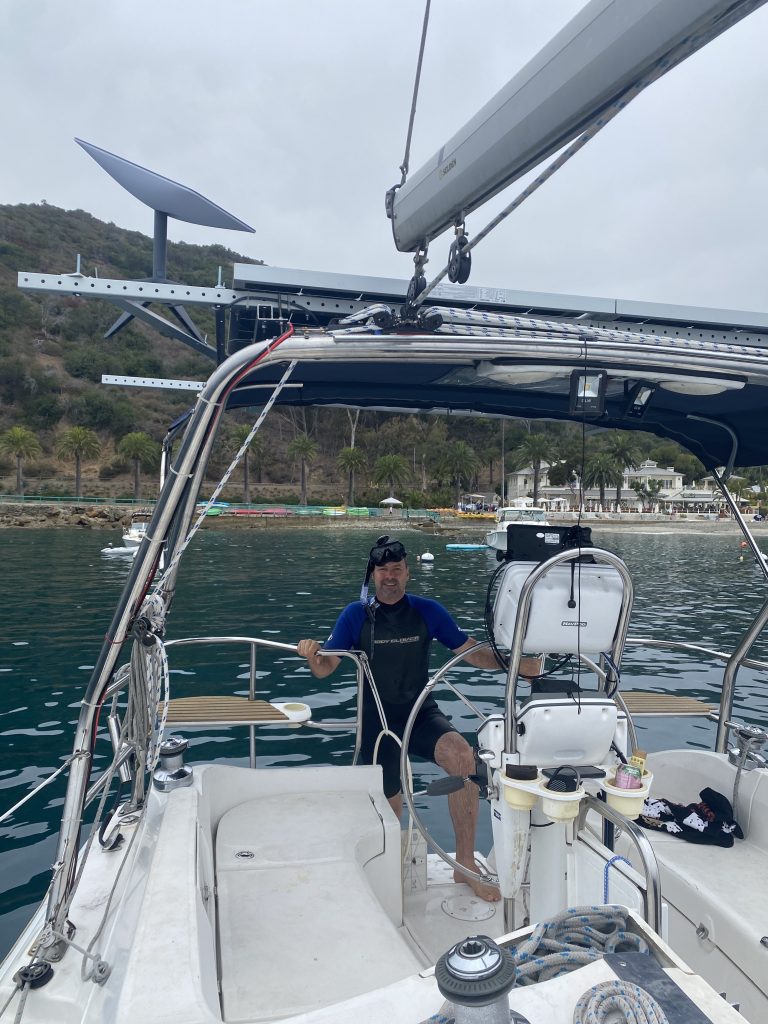 Catalina in an Electric Sailboat 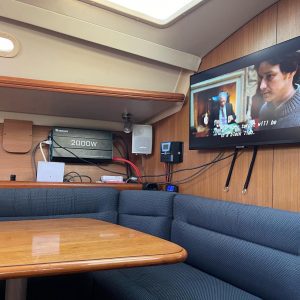 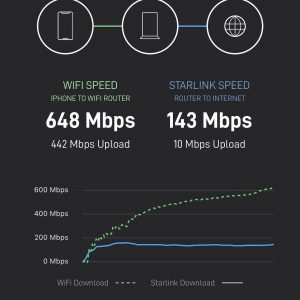 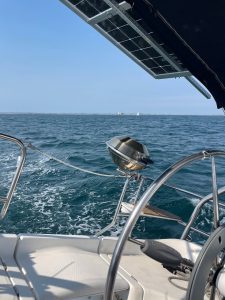 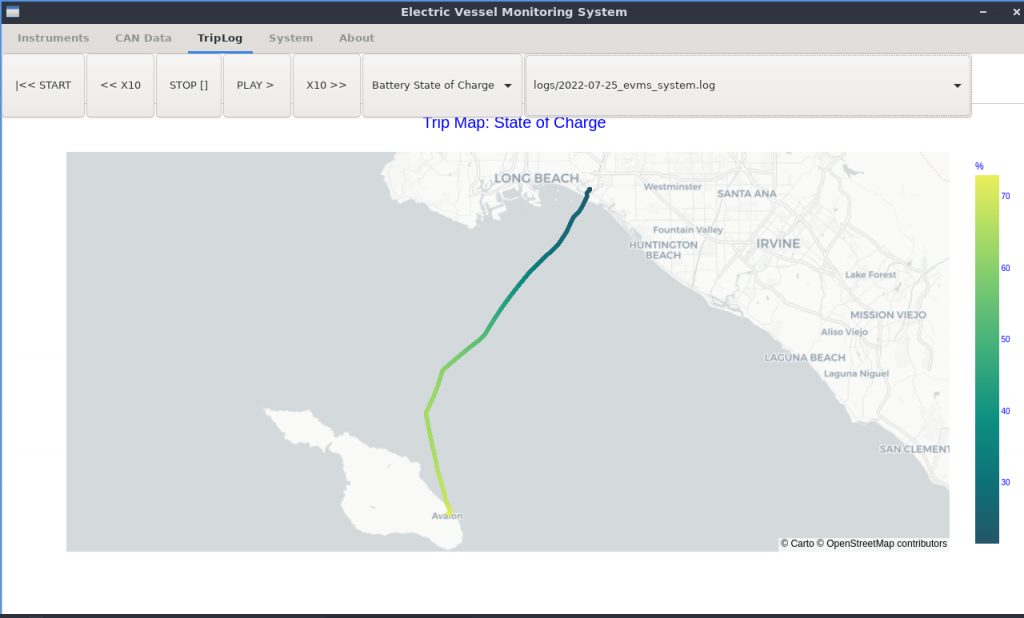 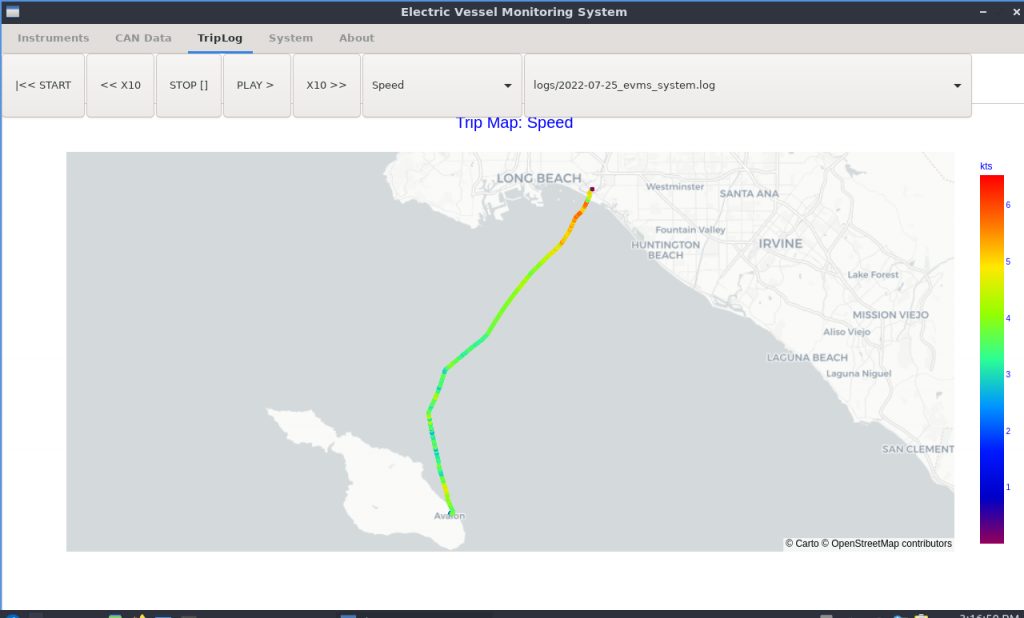 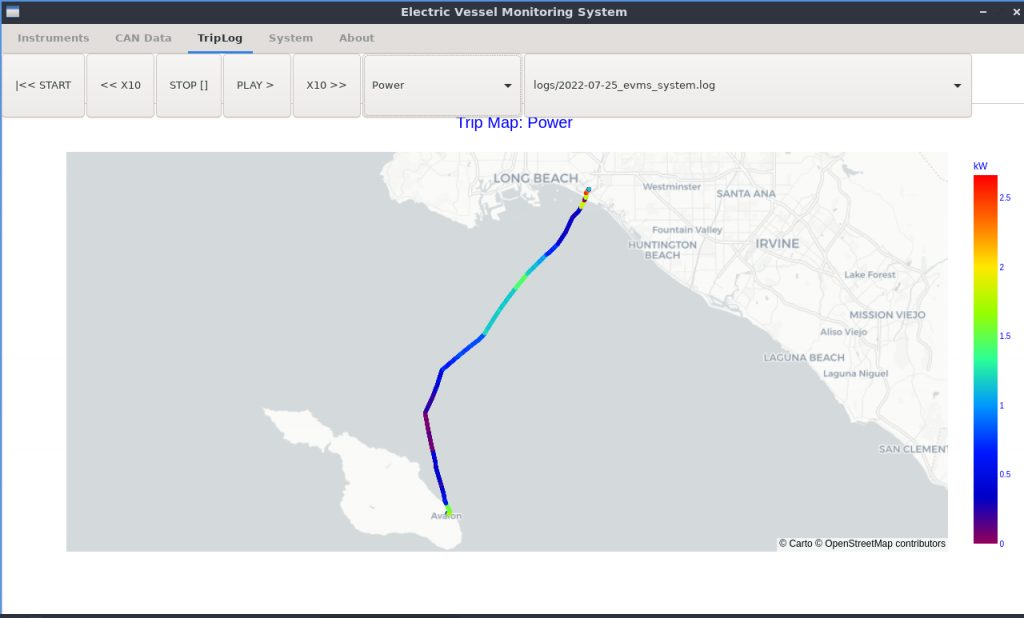 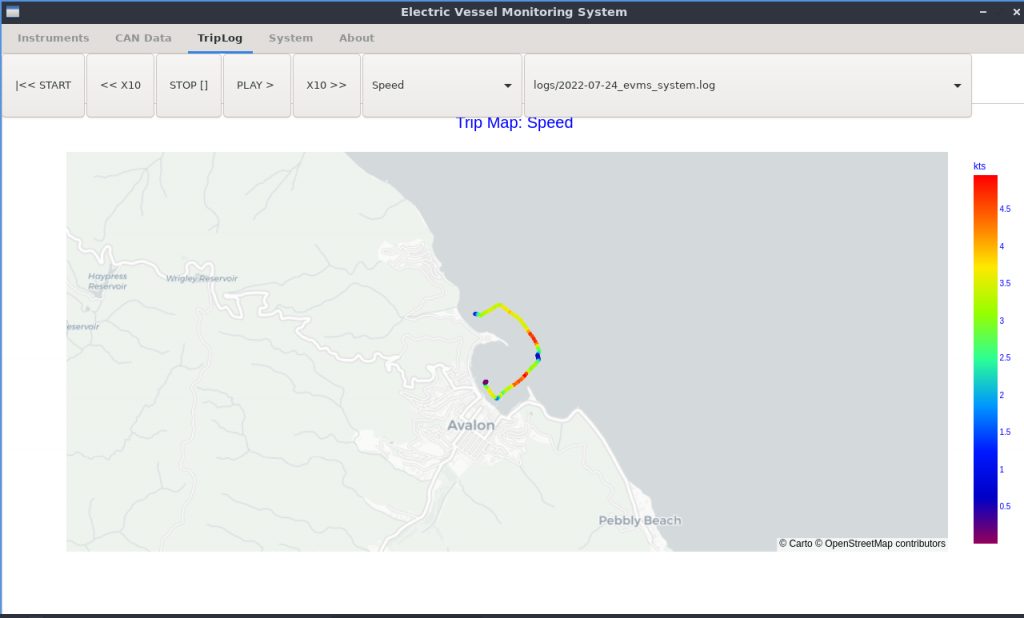 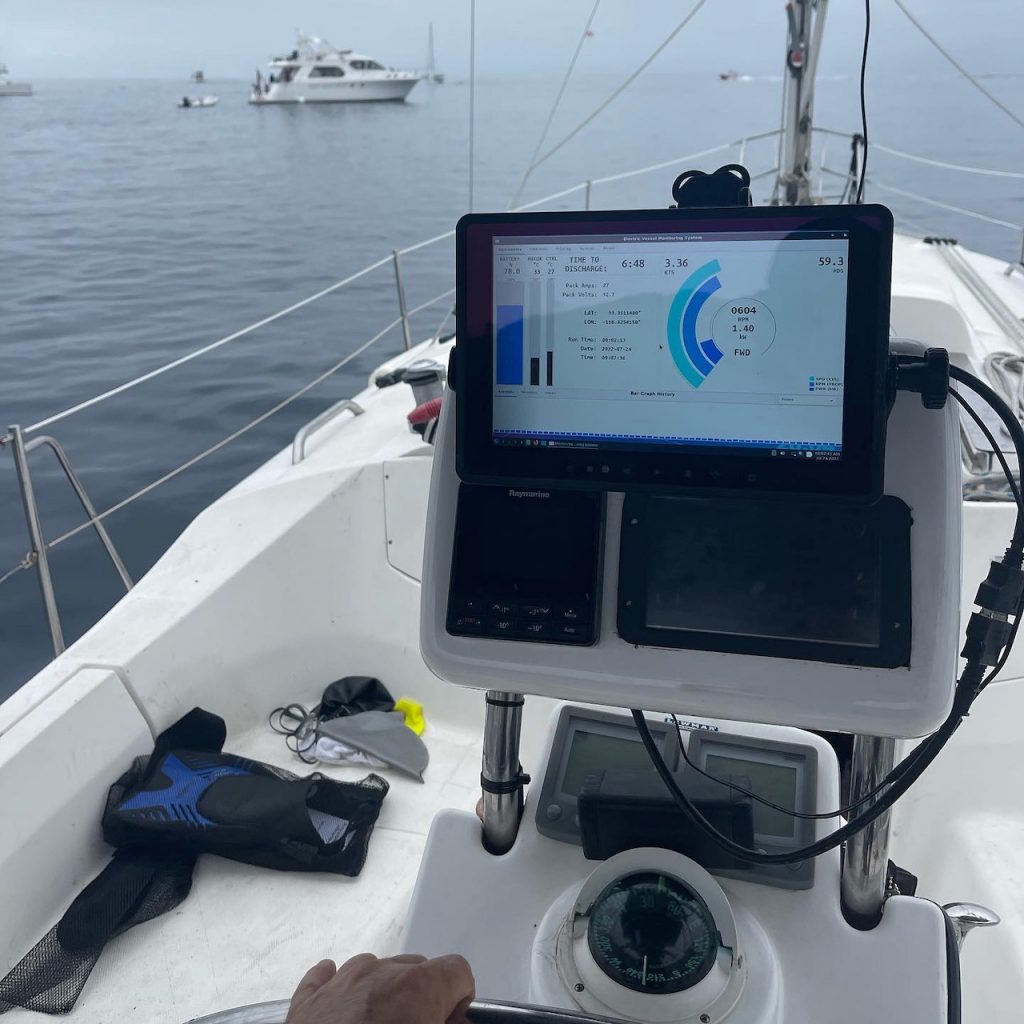