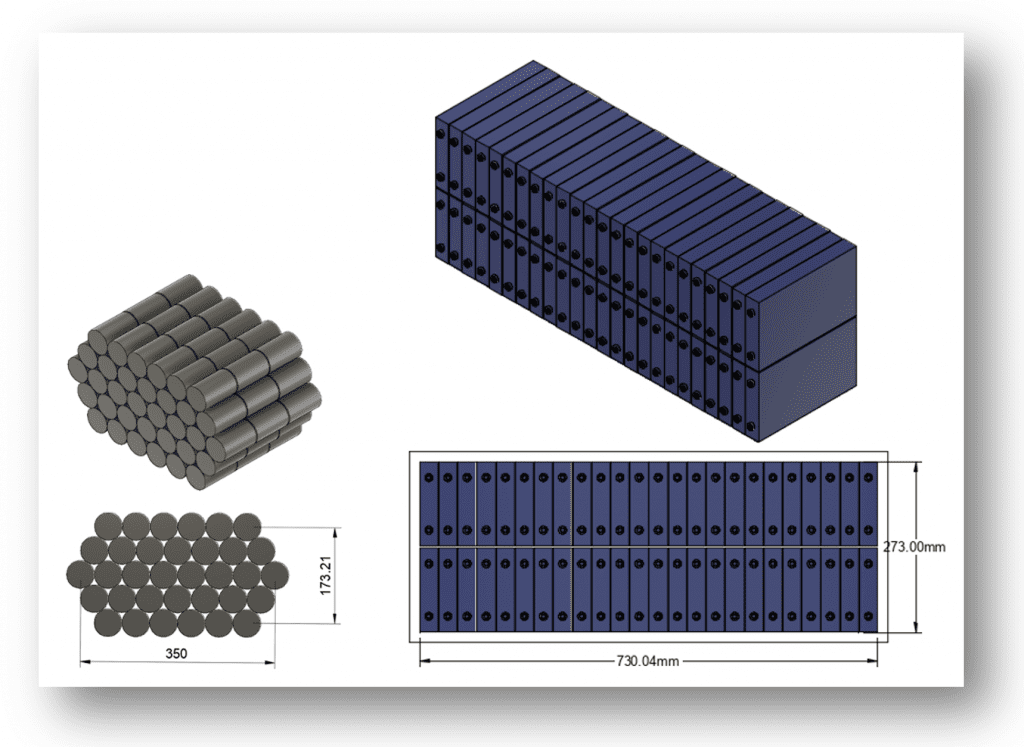 After Tesla’s internal needs are being met for its new 4680 battery cells, they will begin offering these cells to other OEMs, who will develop new battery packs and incorporate them into their own products. This is interesting to me since my company sells battery packs currently made from prismatic cells.  Prismatic cells are LFP (LiFePO4) and are durable, reliable, safe and powerful. They have screw terminals making them easy to assemble and also to replace, if needed.

I follow as much news as I can consume on Tesla, including podcasts such as Rob Maurer’s Tesla Daily. He especially, along with a couple others, do an amazing job of distilling and sharing tons of news around the EV market. Rob drills into the company finances, EV legislation, and just about anything else involving Tesla and the industry, and puts it into a 15-20 minute daily summary.  It must take a lot of continuous work. It is a absolutely huge service for those of us who listen regularly, and I greatly appreciate it.

In any case, Tesla has three generations of 4680 cells (a 96 Wh, 108 Wh, and a 118 Wh, released in 2022, 2023 and 2024 respectively). As many of us know, Tesla has been working around the clock and as quickly as possible to establish long-term supplies of batteries, and in large part, doing this by vertically integrating almost everything involved (now including a new lithium mining operation in Texas).  The 4680 cells will go into the Semi, the Model-Y, Cyber Truck, Model-3, and many future vehicles.

After hearing Tesla’s new cells would be available to OEMs, I started looking into how the 4680’s would compare from a performance standpoint, and then I ran through some layout concepts for a ~10 kWh pack. I ran some calculations to compare a pack with the LFP packs that Newport Electric Boats currently sells. 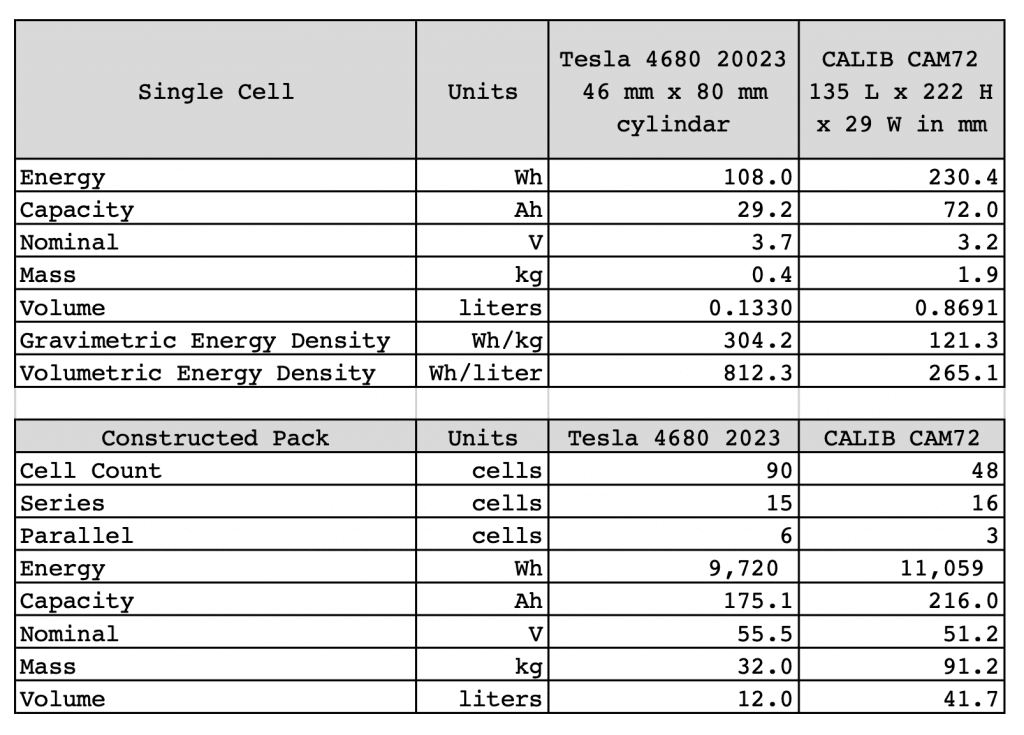 The table above compares individual cells of the CALIB CAM72 (the cell in our current battery packs) and the Gen-2 TESLA 4680. The second part of the Table compares a new “concept” low-voltage pack constructed from these cells.

Off the bat, there are a few key things to notice.  The nominal cell voltage of the 4680 is 3.7 Volts vs the “typical” LiFePO4 cell, which has a nominal voltage 3.2 volts.  For a boats, including sailboats, that want to use electric propulsion and want to comply with the ABYC standards for “safe-to-touch” voltage levels (which must stay at or under 60 VDC), the battery packs with 4680 can only have 15 cells in series, rather than when using 16 standard LFP cells.

Another key thing that jumps out is the volumetric and gravimetric energy densities of this cell.  This 4680 is about 3.1 times smaller, and 2.5 times lighter for the same amount of energy stored in our current LFP packs. These are major improvements and it means that fitting high capacity batteries into your vessel, will be so much easier.

Let me add however, that unlike an airplane (which I’ve heard needs about a 400 Wh/kg pack to be adopted widely, commercially), and also unlike a car, a sailboat is a little different animal when it comes to the use of electric propulsion.

Why does Electric Propulsion work well for Sailboats?

Moving a boat through water at high speeds takes a lot of energy, however lower speeds are much more power efficient, as I describe in a previous article.  Also, sailboats over 30 feet oftentimes have plenty of storage onboard, that can be converted to hold battery packs.  Sailboats, especially cursing style sailboats, aren’t sensitive to the weight of a battery pack, at all. A lighter and smaller battery pack is certainly desirable, but mostly because it just makes it easier to install and secure on the boat.

The LFP battery packs we offer at NEB, are straightforward to strap down so they are secured in place (meaning no visible motion regardless of the boat movements).  For example, the 10 kWh pack installed on our Hunter 33 uses two heavy duty nylon straps that keep it held to the floorboards, with wooden cleats screwed to the floorboards around the perimeter of the battery base. It can’t move at all. I did this installation myself in a few hours.  I check on it occasionally, but it always looks and feels as good as the day I installed it. 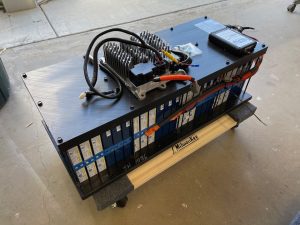 As Tesla’s new 4680 cells become available to OEMs, I expect we’ll find 3rd party pack manufactures that will offer a variety of options, including a “48 volt equivalent” pack.  When that time comes, it will further accelerate the transition from burning fossil fuels to using clean electric energy. More and more options for vehicles and vessels will be available.

However, anyone currently interested in having their sailboat use electric propulsion has practical and affordable options, today. Ask us questions and learn more, about LFP batteries, electric motors, or other general question about sailing electric.